With so much to see and do in Bath there really is something for everyone.

Things to see and do in Bath and close by that we recommend:

from its early settlers to the twentieth century. If you are into folk art then this is a must visit and they always have wonderful exhibitions happening.  It is the only museum of Americana outside the US, and was founded to bring American history and culture to Britain and Europe.

An absolute gem about this place is the gardens which are stunning and have beautiful views. The 30 acres around the house have been developed to include a replica of George Washington’s garden at Mount Vernon, trails and arboretum, amphitheatre and more, with the added joy that much of it is accessible. 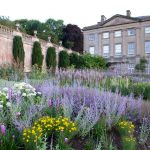 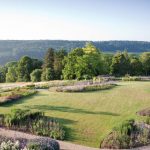 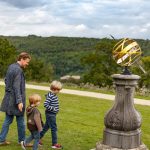 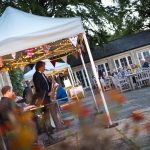 The Royal Crescent is without doubt one of Bath’s most well known and recognised landmarks. It was designed by John Wood (the Younger) was built between 1767 and 1775.

The 30 houses in the crescent are all Grade 1 listed and No 1 is open as a Museum of Georgian life. In the middle of the crescent is the very splendid and luxurious The Royal Crescent hotel.

The rest are all privately owned and offer a very prestigious address.

Bath was built upon natural hot springs and the Roman Baths were built in approximately 70 AD as a communal bathing and socialising centre. The Romans believed in the steaming waters were from the Gods and had healing powers.

Bath was founded upon natural hot springs with the steaming water playing a key role throughout its history. Lying in the heart of the city the Roman Baths were constructed around 70 AD as a grand bathing and socialising complex. It is now one of the best preserved Roman remains in the world.

There is the opportunity to visit the Great Bath and walk among extensive ruins. A recently enhanced interactive museum is now open to the public and offers a glimpse into the lives of the Aquae Sulis people

A museum with everything from the gowns worn by Jane Austen and her friends through to modern classics.

A wonderful way to spend a few hours with dressing up boxes (more great photo opportunities)  and remembering clothes your parents wore!

Housed in the Assembly Rooms – a group of rooms where people used to gather to socialise, play cards, dance etc. Still used today as a venue to major events and ceremonies.

This consists of three curved segments of Grade 1 Georgian townhouses that come together to form a circular shape and was designed by John Wood the Elder. However it was his son that completed the build of the Circus in 1768.

If you study the stonework you will notice that it is adorned with many emblems such as acorns and what many believe to be masonic symbols.

In the centre is grassed area with magnificent trees – a great photo opportunity.

At the top of Great Pulteney Street, The Holburn Museum was originally designed as a hotel but now houses beautiful art collections.

The Grade 1 listed grand building is surrounded by gardens and park land offers something for all the family.

Thermae Bath Spa is an award-winning Natural Spa where you can now bathe in Britain’s only naturally warm, mineral-rich waters.

Not only is there the indoor Minerva Bath but also the open-air rooftop pool – perfect views as you relax in the warm waters. There is also a Wellness Suite offering a range of treatments.

The Cross Bath is accessed separately and has a smaller open air thermal bath and can be booked exclusively.

Pulteney Bridge is truly stunning – a bridge with shops built into it much like the Ponte Vecchio in Florence.

It overlooks the crescent weir and is best seen from the river path next to the Rugby ground or from Parade Gardens.

A magnificent building in the centre of the city with the iconic tower that you can climb for spectacular city views. Well worth a visit the stained glass windows and stunning Bath stone create an entrancing place of Christian worship.

Outside the West Doors of the Abbey visitors can note the ladder of Angels – with some Angels ascending and others descending.

The Tower Tours (every day except Sunday) offer the chance to go behind the scenes, sit behind the clock face and stand on top of the vaulted ceiling and see the Abbey below.

The Abbey invites a donation in lieu of an admission fee.

Enter into the world of Jane Austen at this wonderful centre and see for yourself what it was like to live in Regency times.

Based in a Georgian town house you will be given an introduction and then time to wonder around the exhibition in your own time. There are more photo opportunities with Regency costumes to try on!

There is also the Regency themed Tea Rooms which offer a lovely treat in a unique setting.

Based at the Rec in the centre of Bath, this famous centre for rugby is over 150 years old.

Bath is passionate about its team and rugby generally and on match days the city is awash with supporters.

We regularly host visiting fans and rugby groups playing in and around Bath – the Rec is a 5 minute walk from our hostel and we are within easy reach of other rugby events and schools / groups in the surrounding area.

Based on guest’s frequently asked questions, here are some other recommendations: 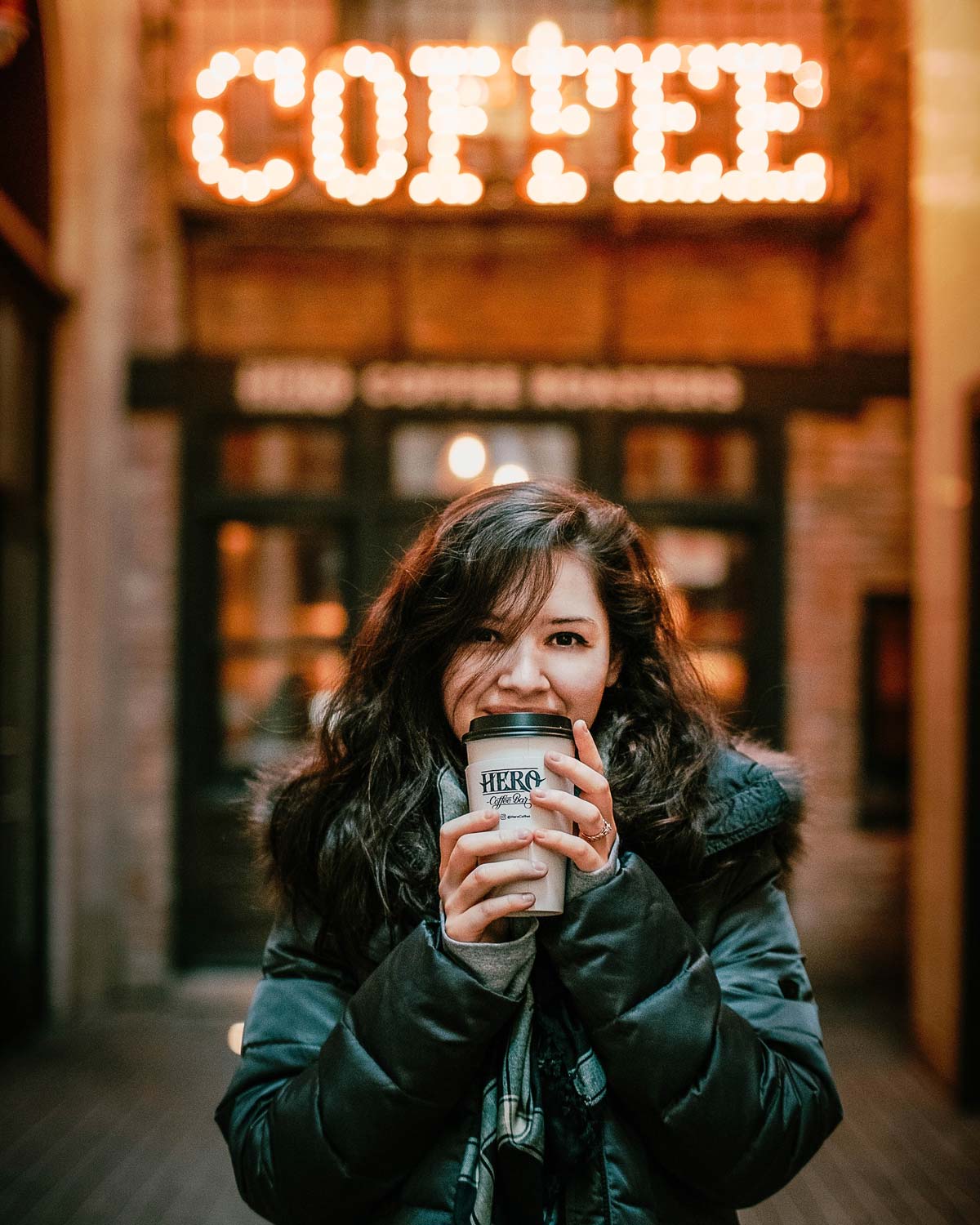 A lot of the staff nip round the corner to Picnic Coffee as the staff are friendly and the coffee excellent. However there are many others close by including:

The Fine Cheese Company, Walcot Street – plus the most amazing cheese selection going and a very good croque monsieur!

Boston Tea Party – we are closer to the Alfred Street café and love it for a relaxed chat and good food and drinks.

Here we tend to recommend the Bell on Walcot Street for an authentic local. Also the Star on the Paragon.

In the city centre we are inundated in pubs, bars, cocktail bars and specialist bars. We love:

The Dark Horse in Queens Square is atmospheric – book a table! 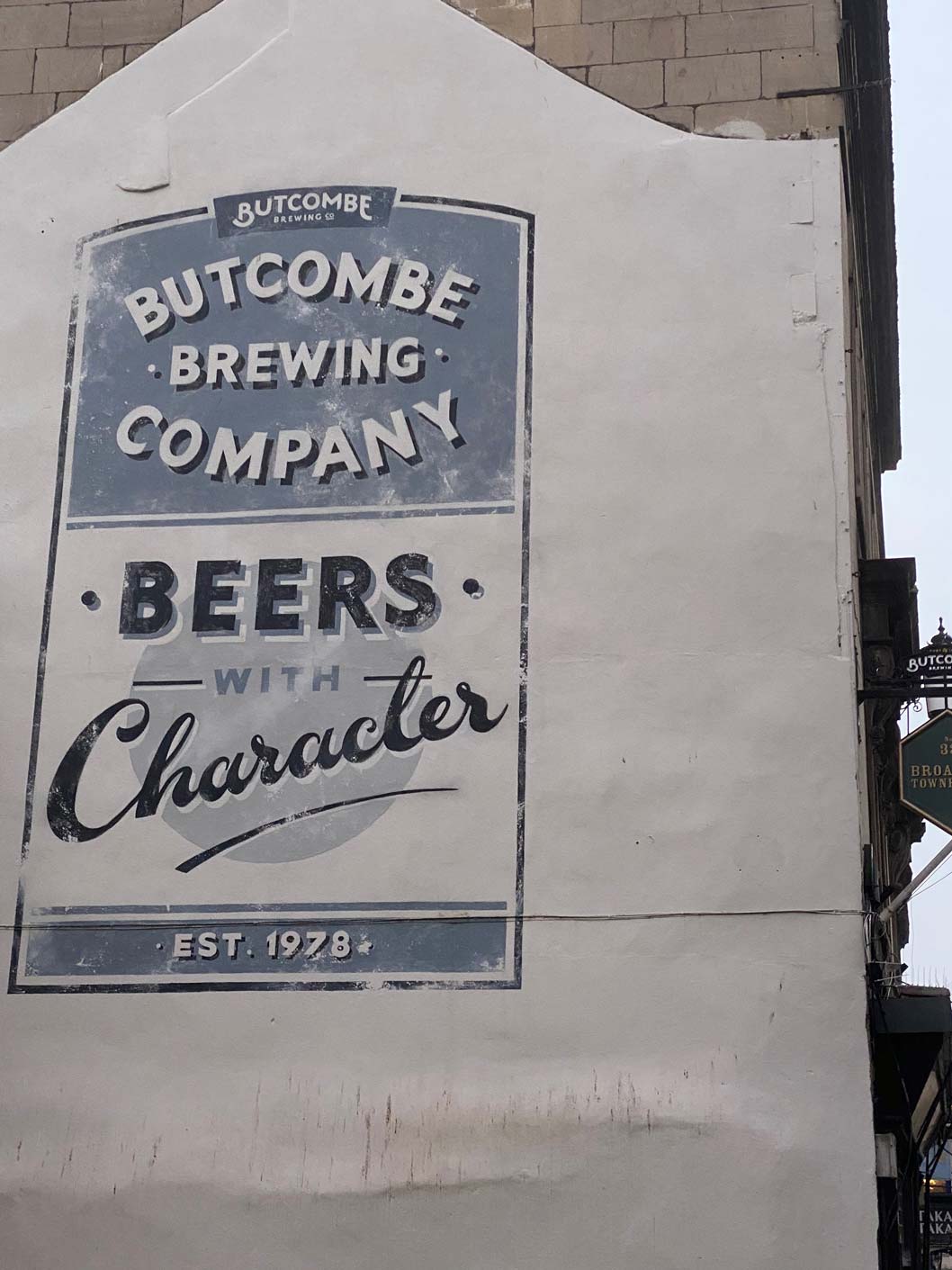 Here we tend to recommend the Bell on Walcot Street for an authentic local. Also the Star on the Paragon.

In the city centre we are inundated in pubs, bars, cocktail bars and specialist bars. We love:

The Dark Horse in Queens Square is atmospheric – book a table! 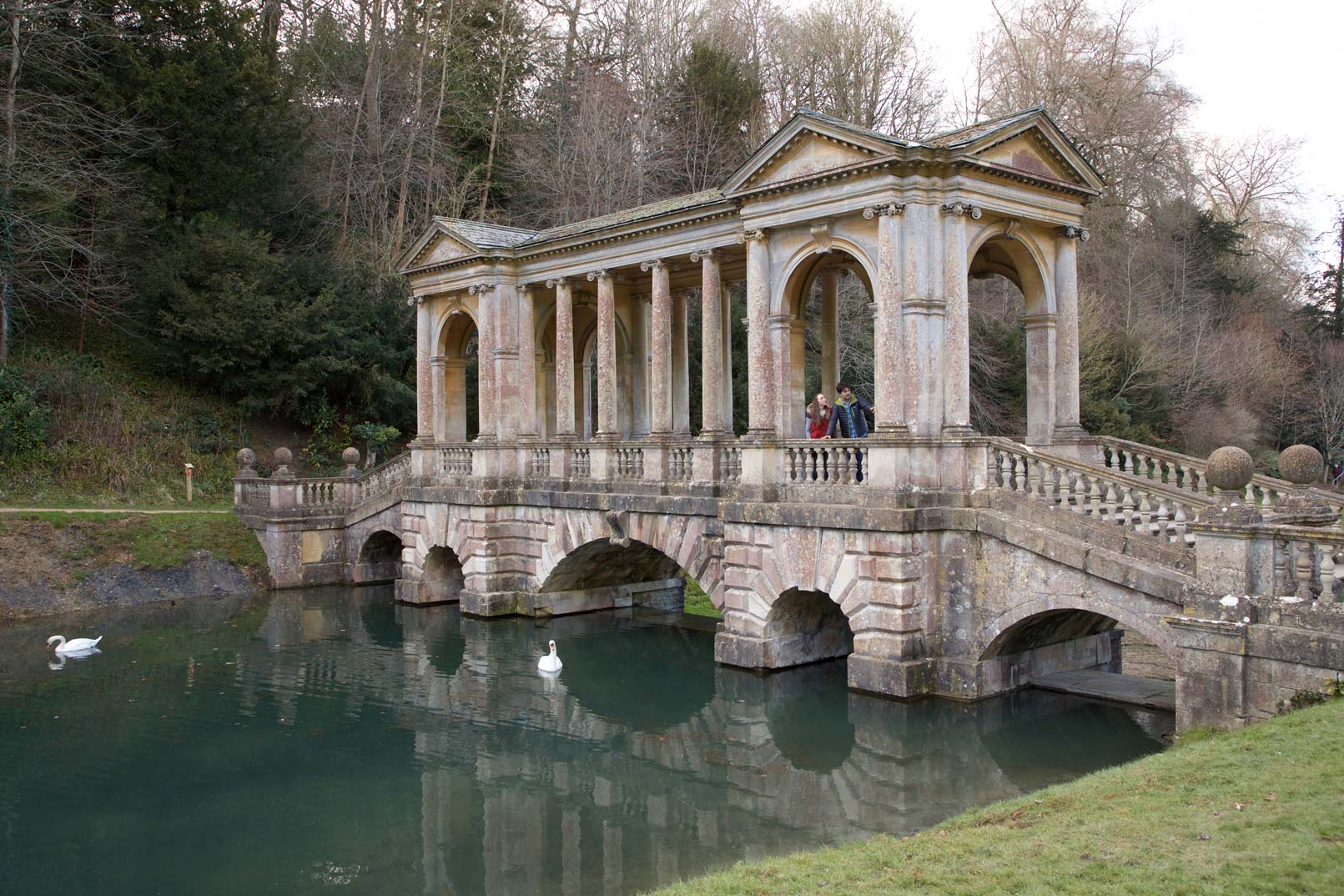 So many lovely ones to choose from. City centre you get Parade Gardens (have to pay if not a local during busy summer months) but you can relax by the river and watch the world go by. However there are others: 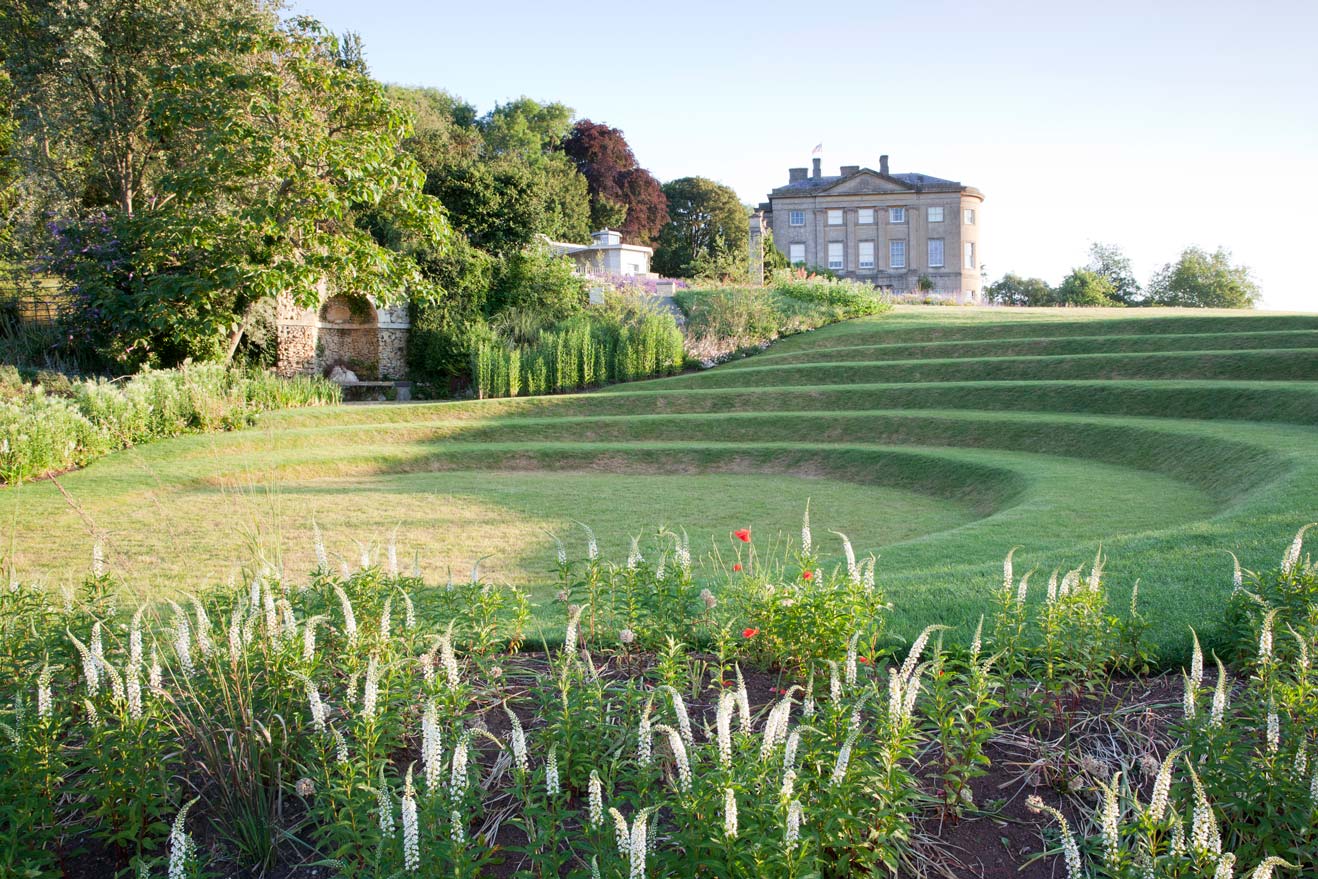 Where to get a great view?

Alexandra Park off Shakespeare Avenue about a 10 minute steep walk out of Bath up hill – but so worth it when you get there (don’t forget to take a photo).

Little Solisbury Hill – a must for Peter Gabriel fans – access from Northend as you leave the city.

Iford Manor – The Peto Garden. Outside of Bath near Freshford / Bradford on Avon, this is a true delight. Most magical of gardens and used in the recent Secret Garden movie.

Lacock  –  a very beautiful village outside of Bath but laden with charm and movie scenes.

Castle Combe – probably one of the prettiest villages  – it is the quintessential English village. 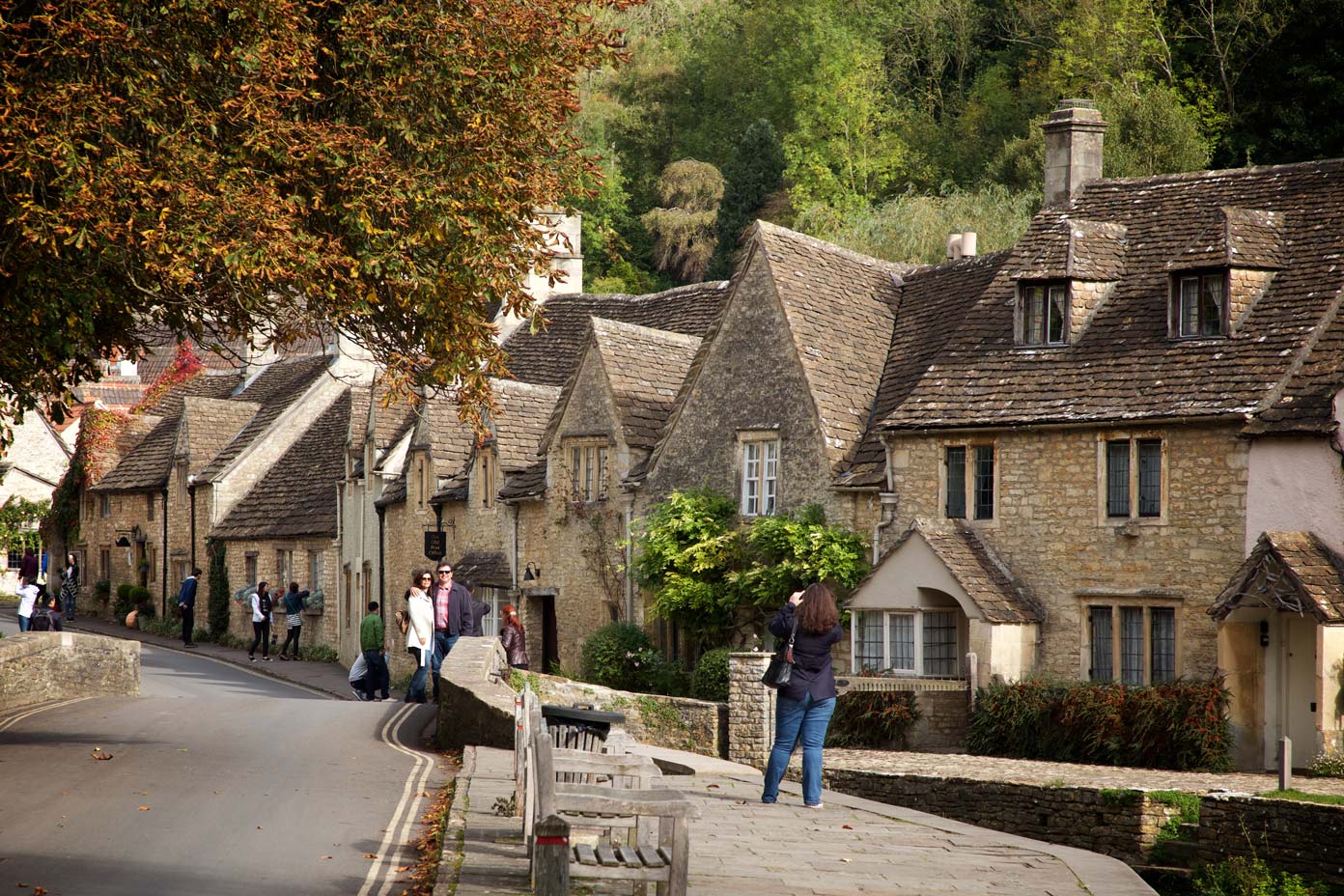 Iford Manor – The Peto Garden. Outside of Bath near Freshford / Bradford on Avon, this is a true delight. Most magical of gardens and used in the recent Secret Garden movie.

Lacock  –  a very beautiful village outside of Bath but laden with charm and movie scenes.

Castle Combe – probably one of the prettiest villages  – it is the quintessential English village.